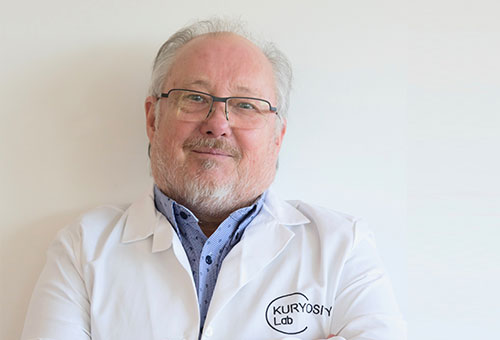 I've been a researcher for more than 30 years, I have worked as a research & development director in major French luxury cosmetics groups.

That was a real vocation and I thus founded Kuryosity in 2014.

2005-2014: Scientific Director of a Japanese laboratory

2001-2009: Scientific Director of a research and development consulting firm approved by the Ministry of Research.

1995-2001: Head of a Research & Development department in a French cosmetics company

1992-1994: Head of a Research & Development department dealing with Cosmetics and Perfumes for an internationally renowned French perfumer group.